WILLIAMSPORT, LYCOMING COUNTY (WBRE/WYOU) — September is “National Hunger Action Month” and a local organization says the need to feed has increased since the pandemic.

Food insecurity is something that affects people from all backgrounds. This month, the Central Pennsylvania Food Bank is spreading awareness in an effort to end hunger in our communities.

“There’s a lot of misconceptions around hunger. I think the big one is that it can’t happen to you,” said community engagement associate of the Central PA Food Bank Ryan Prater.

Nearly 12% of Lycoming County residents are facing food insecurity according to the Central Pennsylvania Food Bank. This includes more than at least 1 out of every 7 children.

For many, they’re just one paycheck away from worrying about their next meal.

“It’s a choice between critical needs, food or housing, food or childcare, food or utilities,” said Carla Fisher who is the Marketing and Communication Coordinator for the Central PA Food Bank.

Hunger has been an ongoing issue for decades, and since the pandemic, the need has grown.

“The biggest thing we’ve seen in the pandemic. 40% of people that have needed food assistance have been first-time users. The first time they’ve ever had to come to a food pantry or seek assistance,” said Prater.

“It really just showed how vulnerable we all are,” said Fisher.

“Advocate for public policies that will help end hunger, that will address root causes of poverty and hunger. So really speak up and put the action in hunger action month,” said Prater.

For more information on how you can help, visit the Central Pennsylvania Food Bank website.

DA: Scranton stabbing may be a result of gang activity

I-84 reopens after fatal multi-vehicle crash

Hersheypark Tickets: Which ticket is right for you?

WILLIAMSPORT, LYCOMING COUNTY (WBRE/WYOU) — September is “National Hunger Action Month” and a local organization says the need to feed has increased since the pandemic. Food insecurity is something that affects people from all backgrounds. This month, the Central Pennsylvania Food Bank is spreading awareness in an effort to end hunger in our communities. “There’s […]

JENKINS TOWNSHIP, LUZERNE COUNTY (WBRE/WYOU-TV) It’s week two of the Eyewitness News campaign Feeding NEPA which aims to get food onto the tables of a growing number of families in need. Thursday, we checked in with one of three local food banks benefiting from the campaign. The bin of fresh produce you see at Weinberg […]

HARRISBURG, DAUPHIN COUNTY (WBRE/WYOU-TV) Good news for a food bank Eyewitness News has been working with during our “Feeding NEPA” campaign, the Central Pennsylvania Food Bank received a $125,000 donation from Sheetz For the Kidz, a charitable organization run by Sheetz. The Central Pennsylvania Food Bank is one of 27 food banks to receive funding […]

WILLIAMSPORT, LYCOMING COUNTY (WBRE/WYOU-TV) — Food insecurity is a serious issue that impacts hundreds of thousands in NEPA. That number has increased since the pandemic began earlier this year. The Central Pennsylvania Food Bank has been overwhelmed with demand due to COVID-19. Jeremy Person, warehouse associate at Central Pennsylvania Food Bank, told Eyewitness News, “It […]

Rich Piccolotti a volunteer with the Weinberg Northeast Regional Food Bank talks about being a partner with Eyewitness News with Feeding NEPA and food bank director for the Weinberg Food Bank Gene Brady tells us that COVID-19 has created more need than ever before.

WILKES-BARRE, LUZERNE COUNTY (WBRE/WYOU) — Eyewitness News visited the Weinberg Northeast Regional Food Bank for the kickoff our our summer “Feeding NEPA” campaign. “Feeding NEPA is going to be a huge opportunity for us to be able to get food to those in need out in this incredible community that we are blessed to be […]

Parenting Playbook: Planning out your estate

A closer look at the ‘Stand Your Ground Law’ 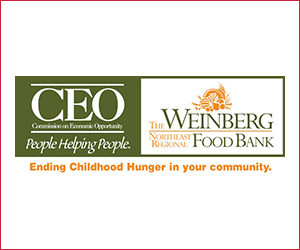 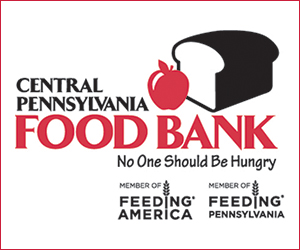 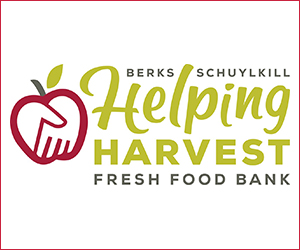 Raw 16mm Film: The ‘Valley with a Heart’

Raw 16mm Film: The West Side