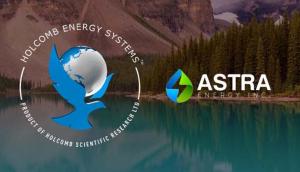 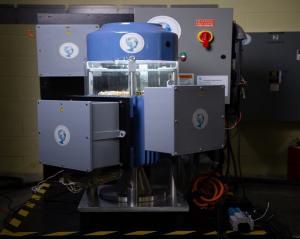 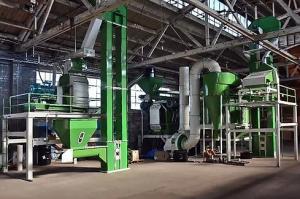 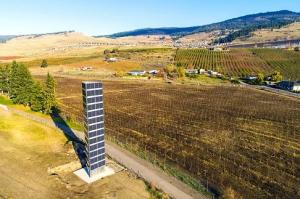 This will serve as a real demonstration to the world of how all waste can be processed and reduced globally in an efficient, scalable, and profitable manner”
— Douglas Hampton, CEO of $ASRE
SAN DIEGO, CALIFORNIA, UNITED STATES, January 25, 2023 /EINPresswire.com/ -- Advancing High Tech Green Energy, Carbon Reduction, and Crucial Waste Management Projects with International Partners: Astra Energy Inc. (Stock Symbol: ASRE)

 Developing Renewable Clean Energy Projects in Key Markets Such as Vietnam, Tanzania, Zanzibar, and Others.

Astra Energy Inc. (OTCQB: ASRE) is an integrated solutions provider investing in and developing renewable and clean energy projects in markets where demand is high, supply is limited and there is an opportunity to address other imminent market needs.

The ASRE corporate strategy is rooted in securing technologies and assets; identifying viable market opportunities; and bringing together resources, expertise, technology, and defined action plans to execute first-in-class projects that benefit communities, local economies, the planet, and the Company’s investors.

ASRE has a goal to create a more secure and sustainable power sector that supports the Company’s purpose, mission, and values to transform the economic, environmental, and social landscape for generations to come.

For investors, ASRE has an attractive share structure with approximately 66.5 million shares outstanding and an approximate public float of 24 million. There are no preferred or outstanding shares issued and no long-term or convertible debt on the balance sheet.

 Establishing Astra Energy Inc. in Clean and Renewable Projects Around the Globe

A Memorandum of Understanding was jointly signed by Astra Energy Inc. and the Revolutionary Government of Zanzibar, regarding ASRE proposed development of a clean and renewable energy park in Zanzibar. The Zanzibar Clean and Renewable Energy Park will achieve many goals; amongst them, utilizing clean and renewable energy to generate local, independent power; upgrading and expanding upon an existing transmission grid; facilitating economic growth, and contributing to the Zanzibar Development Vision 2050 plan.

Further, ASRE is completing due diligence and planning for a large-scale clean energy project that is poised to position the company as a major independent power producer in Tanzania with the help of the US Chamber of Commerce. ASRE will capitalize on the Tanzanian government’s agenda to increase electrification rates as well as the emerging opportunities in the oil and gas sector, serving critical infrastructure in the country.

Cong Ty Co Phan Viecotech was formed to bring together an experienced group of successful businessmen with a track record of years of successful operation in Vietnam and the Asia Pacific region. They have focused on advancing opportunities related to manufacturing and technology development within the clean and renewable sectors.

Under the terms of the Agreement, ASRE and Viecotech will be 50-50 partners in the manufacture, distribution, and deployment of the patented Regreen waste management and processing system and technologies throughout the Asia Pacific market. Viecotech will contribute land, manufacturing facilities, engineering, and staffing to the joint venture and ASRE will contribute exclusive use of its technology and design drawings.

There is an existing site identified for the deployment of the ASRE system located on the island of Con Dao, off the western coast of Vietnam. Con Dao hosts stockpiles of municipal solid waste (MSW) and agricultural waste ready to be processed and converted to biofuels and clean electricity. A single 15-ton-per-hour ASRE Regreen system can process and mitigate 300 tons of MSW per day. The process can clean up waste sites and create valuable residual revenue streams through the sale of both sterile pellets and biofuels, and generate power of up to 7.5MW per installation of this size.

"This union will prove to be extremely profitable, and we have the unique opportunity to make a real positive change to our global environment in a responsible way," stated Vo Nhu Thanh, chairman and president of Viecotech."We believe securing such a well-established and connected manufacturing partner will support the distribution and deployment of the Regreen systems and technology on a massive scale throughout the Asia Pacific markets. This will serve as a real demonstration to the world of how all waste can be processed and reduced globally in an efficient, scalable, and profitable manner," stated Douglas Hampton, president, and CEO of Astra Energy California Inc., a wholly owned subsidiary of ASRE.

The HES consisting of a suite of pioneering, patented technologies, presents an entirely new source of true electric power generation capable of addressing critical global issues such as climate change, pollution, and universal access to electricity.

The HES ILPG utilizes the natural energy produced by the electron spin in the iron atom, converting it into usable electricity while requiring no fuel and releasing zero carbon emissions. The ILPG has been certified to UL and NEC (National Electric Code) standards and its claims have been independently witness-verified.

DISCLAIMER: CAP/FrontPageStocks/CorporateAds.com (CA) is a third-party publisher and news dissemination service provider. CAP/FPS/CA is NOT affiliated in any manner with any company mentioned herein. CAP/FPS/CA is a news dissemination solutions provider and is NOT a registered broker/dealer/analyst/adviser, holds no investment licenses, and may NOT sell, offer to sell, or offer to buy any security. CAP/FPS/CA’s market updates, news alerts, and corporate profiles are NOT a solicitation or recommendation to buy, sell or hold securities. The material in this release is intended to be strictly informational and is NEVER to be construed or interpreted as research material. All readers are strongly urged to perform research and due diligence on their own and consult a licensed financial professional before considering any level of investing in stocks. All material included herein is republished content and details which were previously disseminated by the companies mentioned in this release or the opinion of the writer. CAP/FPS/ CA is not liable for any investment decisions by its readers or subscribers. Investors are cautioned that they may lose all or a portion of their investment when investing in stocks. CAP/FPS/CA has been compensated $500 by a third party for the dissemination of this article.

These news releases and postings may contain forward-looking statements within the meaning of the Securities Litigation Reform Act. The statements reflect the Company’s current views with respect to future events that involve risks and uncertainties. Among others, these risks include the expectation that any of the companies mentioned herein will achieve significant sales, the failure to meet schedule or performance requirements of the companies’ contracts, the companies’ liquidity position, the companies’ ability to obtain new contracts, the emergence of competitors with greater financial resources and the impact of competitive pricing. In light of these uncertainties, the forward-looking events referred to in this release might not occur.
SOURCE: CorporateAds.com

$ASRE How the Holcomb Energy System Works (With No Fuel)

For inquiries or corrections to Press Releases, please reach out to EIN Presswire.
✕
× Close Ad